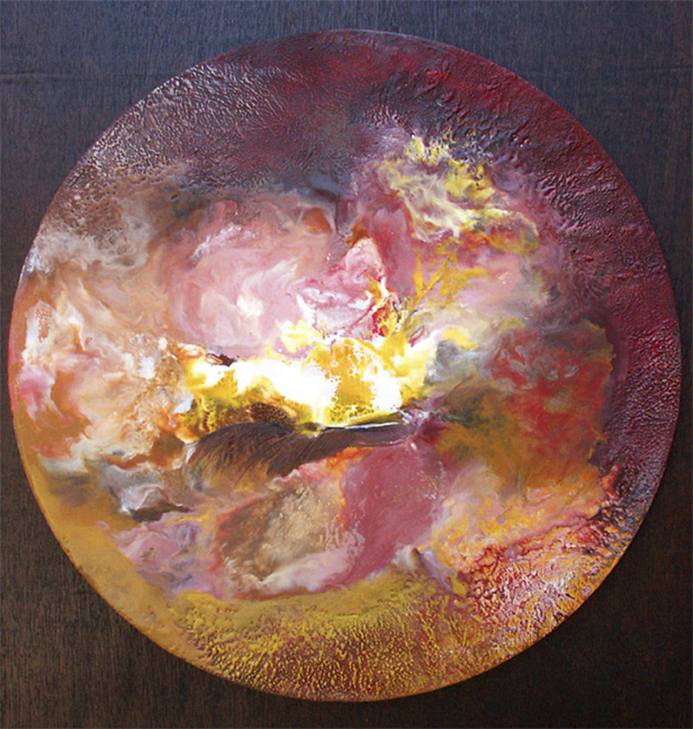 This painting is based on a fusion of ideas :
Abstract Art, Zen, Emoto Masaru's Messages in the Water,
Rupert Sheldrake's Morphic Resonance
The Master Key System, by Charles T. Haanel
(the basis of "The Secret")

"Masaru's Morphogenesis" is an abstract painting title which fuses the ideas of Masaru Emoto with Rupert Sheldrake.
This painting is an encaustic on birch wood panel.  It is a part of the series, "Zen of Zero Point, The Age of Enlightenment".
The idea behind the series is to create artwork which illicits meaningful dialogue between scientists, clergy,
zen students, yoga students, and anyone interested in the spiritual side of quantum mechanics.
Scientific language is now catching up with the teachings of the ancient spiritual masters.
Zero point is NOW!  The most powerful phenomenon of existence -
SOURCE - which could be measured as a small mustard seed of faith!

-- C Goodridge
©2015 Harmony Global Enterprises, Inc. All paintings, images and text by Carolyn Goodridge are copyrighted and protected by the Berne Convention. Any attempt to copy or make a painted imitation or derivation of this piece of artwork is against the law.